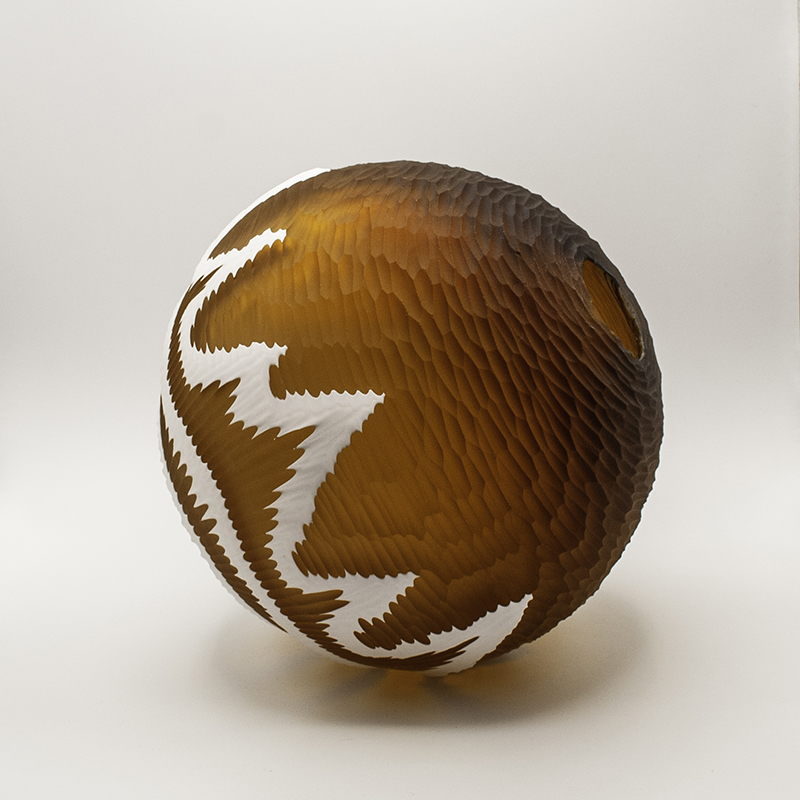 Gordon Boyd was born and raised in Northern Manitoba, and after being introduced to glass a little over six years ago, moved to Ontario to study the craft, enticed by the beauty and difficulty inherent in the medium. While completing his Bachelors of Craft and Design at Sheridan College, Gordon began working in a variety of studios learning how to care for and build the equipment, using his free time to continue his exploration of glass. Eventually he was drawn to the other areas of the studio, learning to use the equipment he was repairing, and slowly fell in love with the process of glass engraving.

A technique dating back to ancient times Glass engraving has changed very little in the last 1000 years, though Gordon seeks to use the skill in a new and interesting way. Beginning with simple crystal cut glass, he eventually branched out and began exploring how engraving and colour could complement each other, potentially as a method of emotional expression. Now a staple within his body of work, he uses various carving and polishing techniques to discuss his struggles with depression, and Obsessive Compulsive Disorder. Exploring the ideas of beauty and suffering, and their relationship with each other. Each piece is changed into something new and beautiful only through the loss of part of what it once was, becoming a wholly new object through the process of material removal, a reflection of how our own losses and struggles shape us into the person we are.