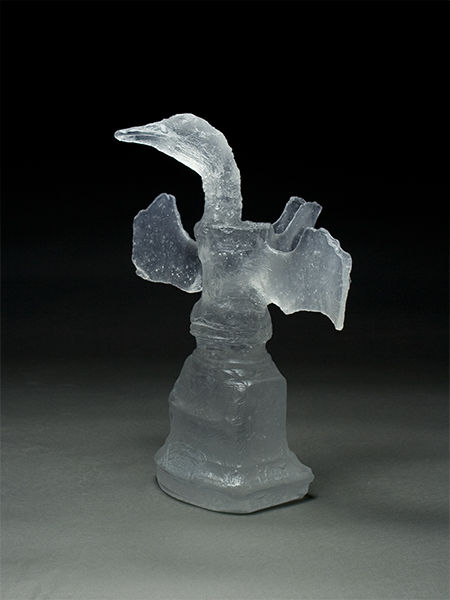 The multifarious Winnipeg/Manitoba visual arts scene of which we are all a part seems to be driven by an odd but fertile creative dynamic which I suppose must have something to do with being distant from the centre. In my case, this has led to technical unorthodoxy.Over the years I have migrated from hot glass to casting, largely because of the expressive possibilities that come with the casting process. For example, by playing with the surmoulage techniques that I often use I can appropriate/subvert in a quiet way an overfamiliar sculptural convention that has largely fallen into disuse – the bust.Recent major work includes the four Corrections, and the Reassembly series, all of which deal with human intervention in the natural world.