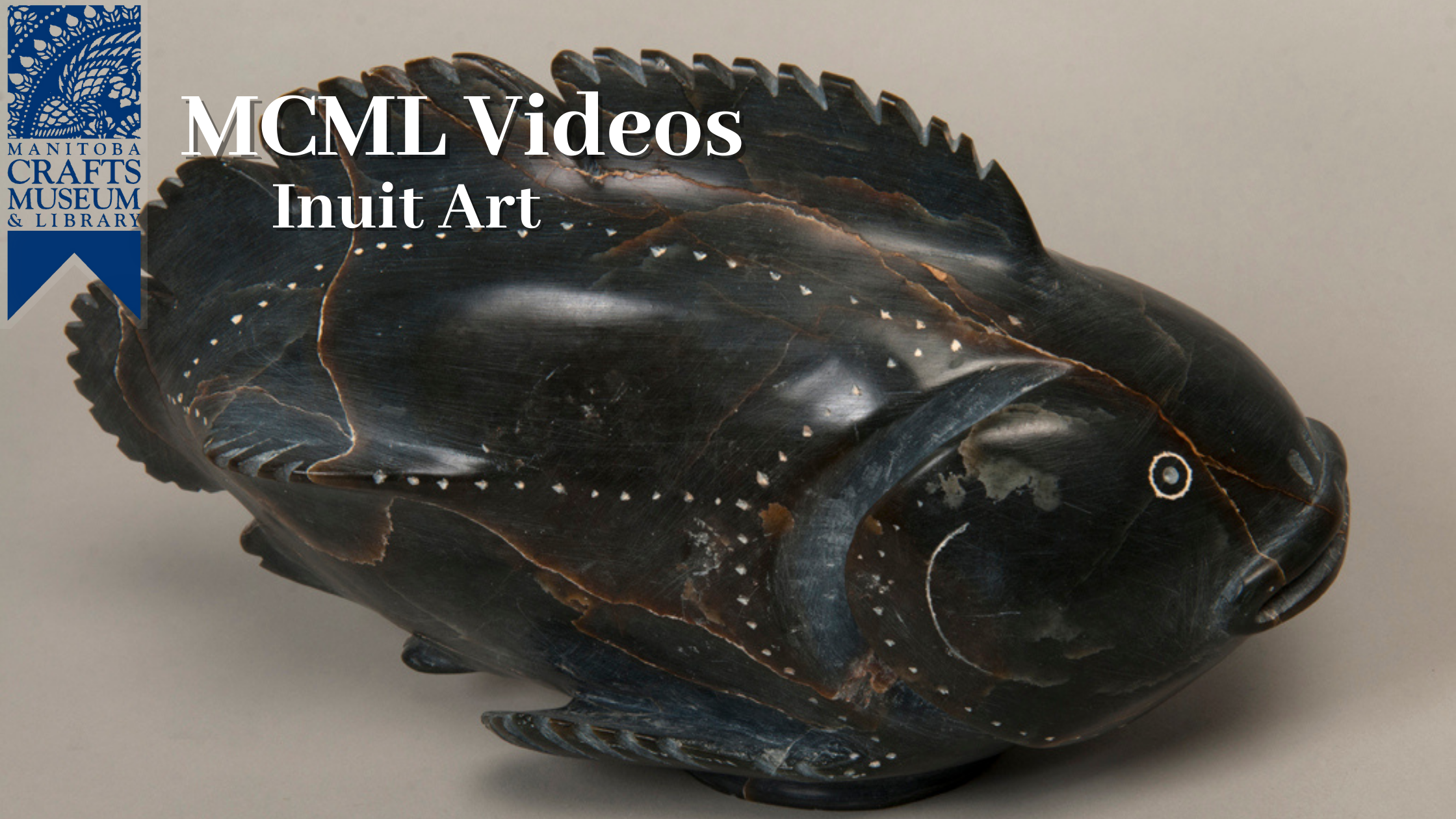 Beginning from its establishment the Canadian Handicrafts Guild was a promoter of Indigenous art. The Manitoba Crafts Guild began selling and exhibiting Inuit carvings, brought south by James Houston, in their shop in 1952. During the 1950s and 60s the Guild’s shop attracted massive crowds wanting to purchase Inuit carvings. In addition to selling the carvings in the shop the Guild purchased carvings of superior quality for their permanent collection. These Inuit carvings are still present in the Manitoba Crafts Museum and Library’s collection today.