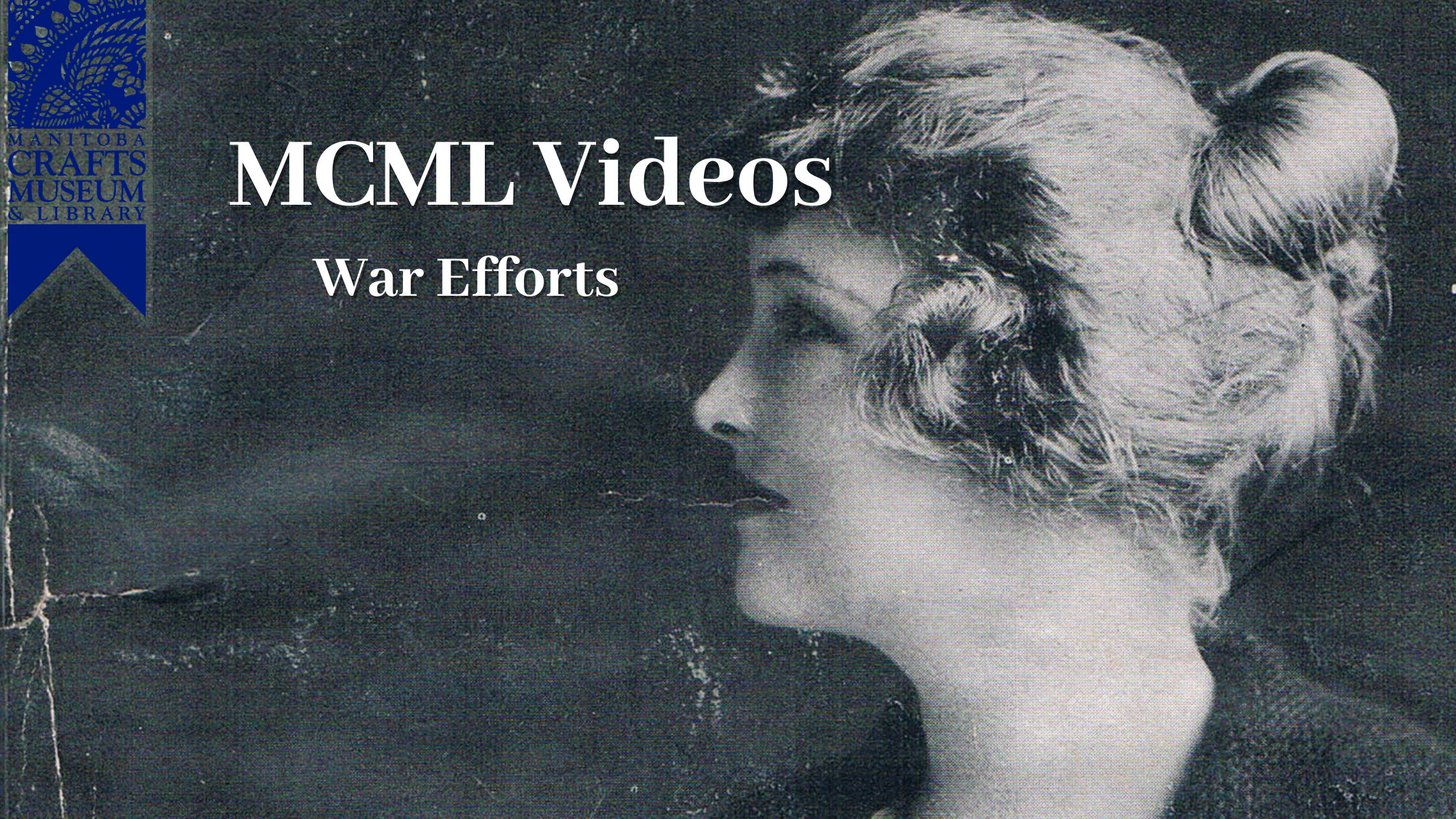 Shortly after the outbreak of World War II the Crafts Guild of Manitoba began work to help the war effort. They assisted in many ways including sewing and knitting items for the Red Cross. Members met once a week to knit items for soldiers. In 1940 alone, the Guild made over 1000 articles for the war effort.