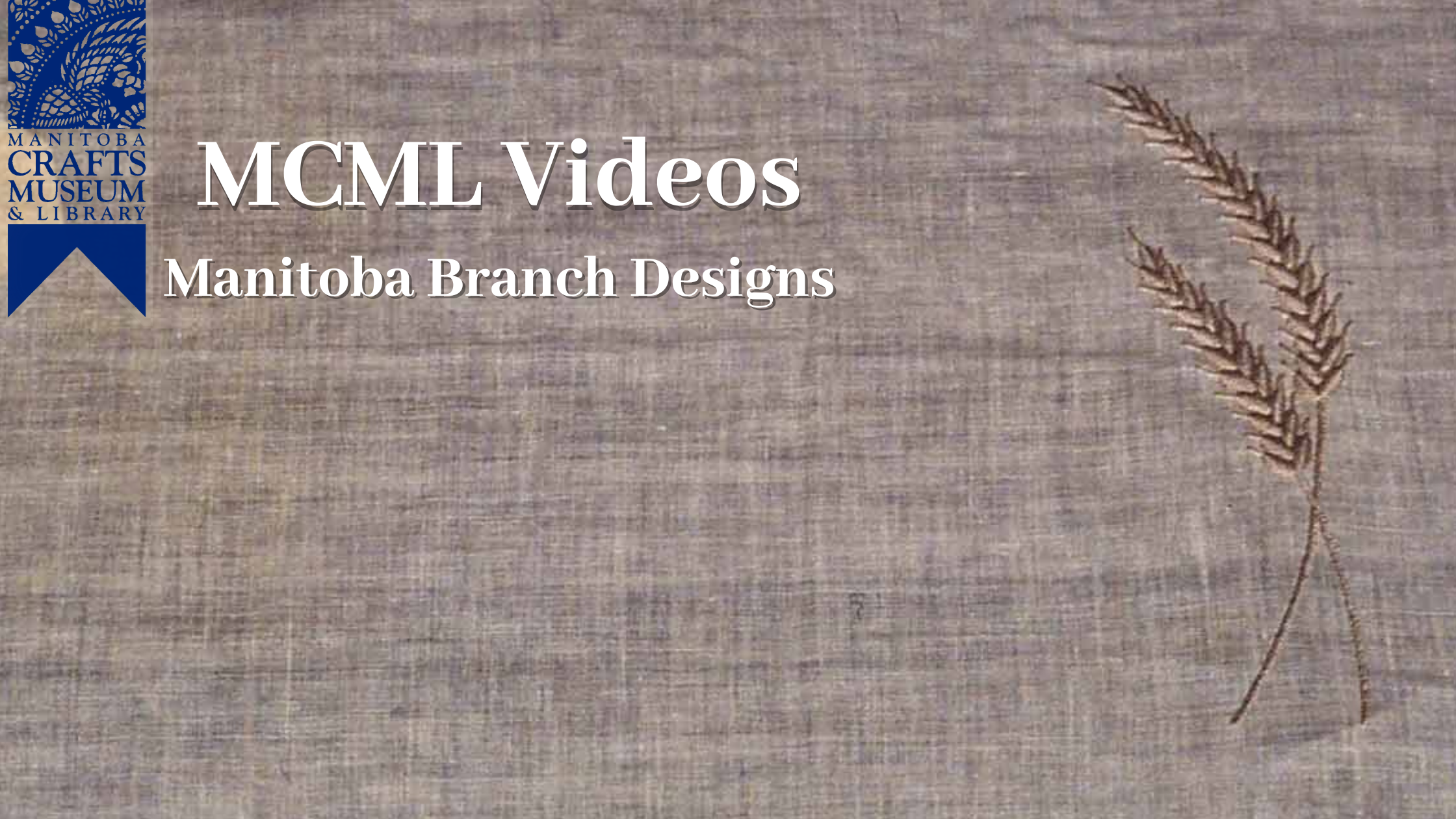 Throughout the Crafts Guild of Manitoba’s history it has designed and created textiles and large works to be sold in its shop, exhibited, or to represent Manitoba. The Guild’s signature design was a wheat motif embroidery. The wheat embroideries were sold in the Guild’s shop and have been given to dignitaries, heads of state, and even Queen Elizabeth II.

Members of the Guild have designed and created symbols that represent Manitoba, such as the Manitoba tartan, designed by Dorothy and Hugh Rankine. The Guild also created large works to be exhibited, such as the Manitoba Sampler, designed by Eric Bergman and embroidered by members of the Guild. The Sampler depicts an outline of Manitoba and includes symbols of the past and present of the province.