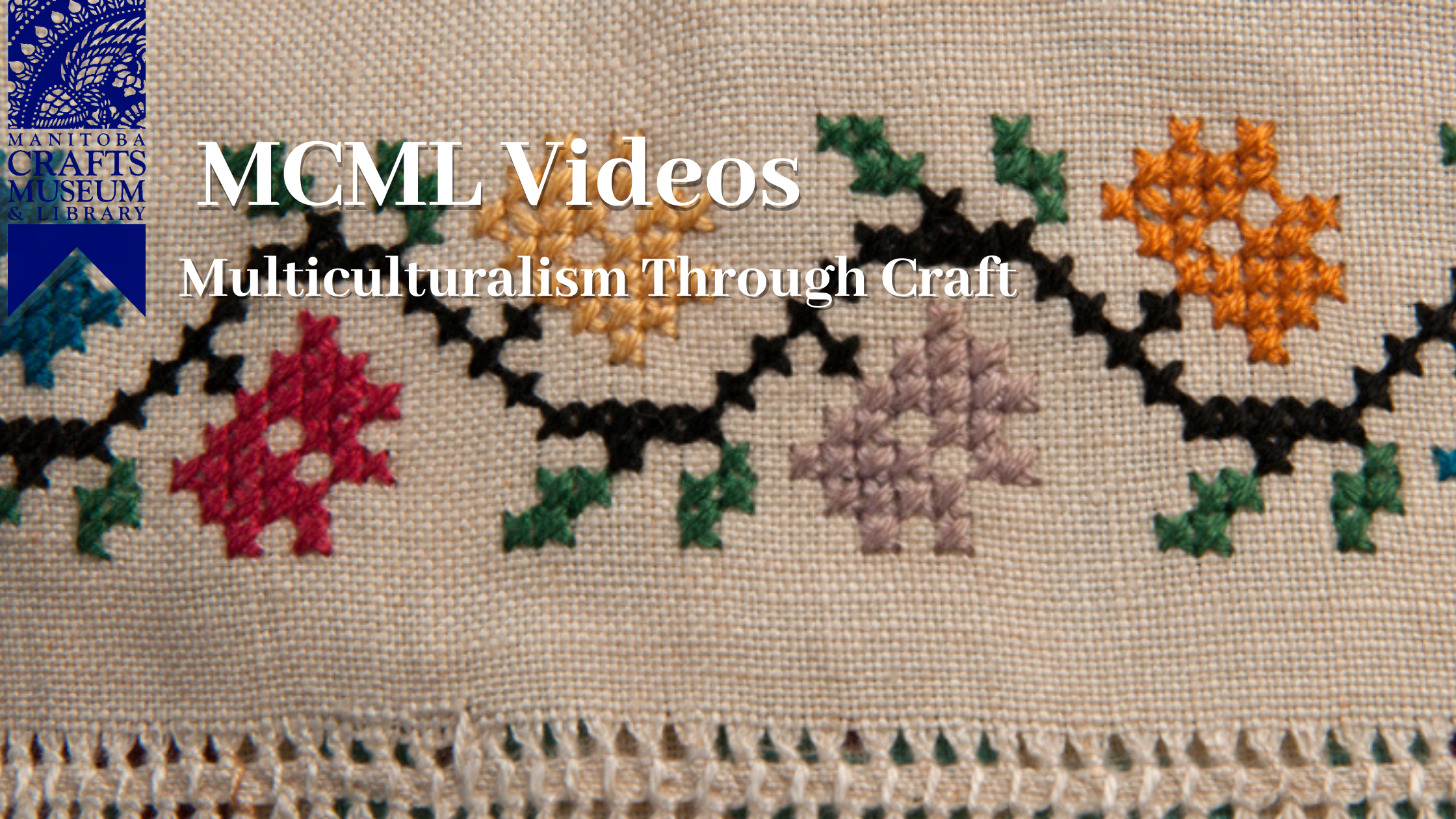 The Crafts Guild of Manitoba was committed to the preservation of crafts brought to Manitoba from other countries. The Guild was established in 1928 in response to the CPR’s New Canadian Folk Song and Handicraft Festival, held in Winnipeg in the summer of 1928. The festival was intended to show that all cultures and ethnicities should be celebrated and their traditions preserved.

Through the festival and the later work of the Guild, the traditions and craft practices of many nationalities, mainly European, were showcased, promoted, and preserved. The Guild encouraged their new Canadian members to practice, teach, and promote their crafts.

Explore in this video the history of the beginnings of the Crafts Guild of Manitoba and early pieces collected by the Guild that showcase the craft traditions from a variety of cultures.