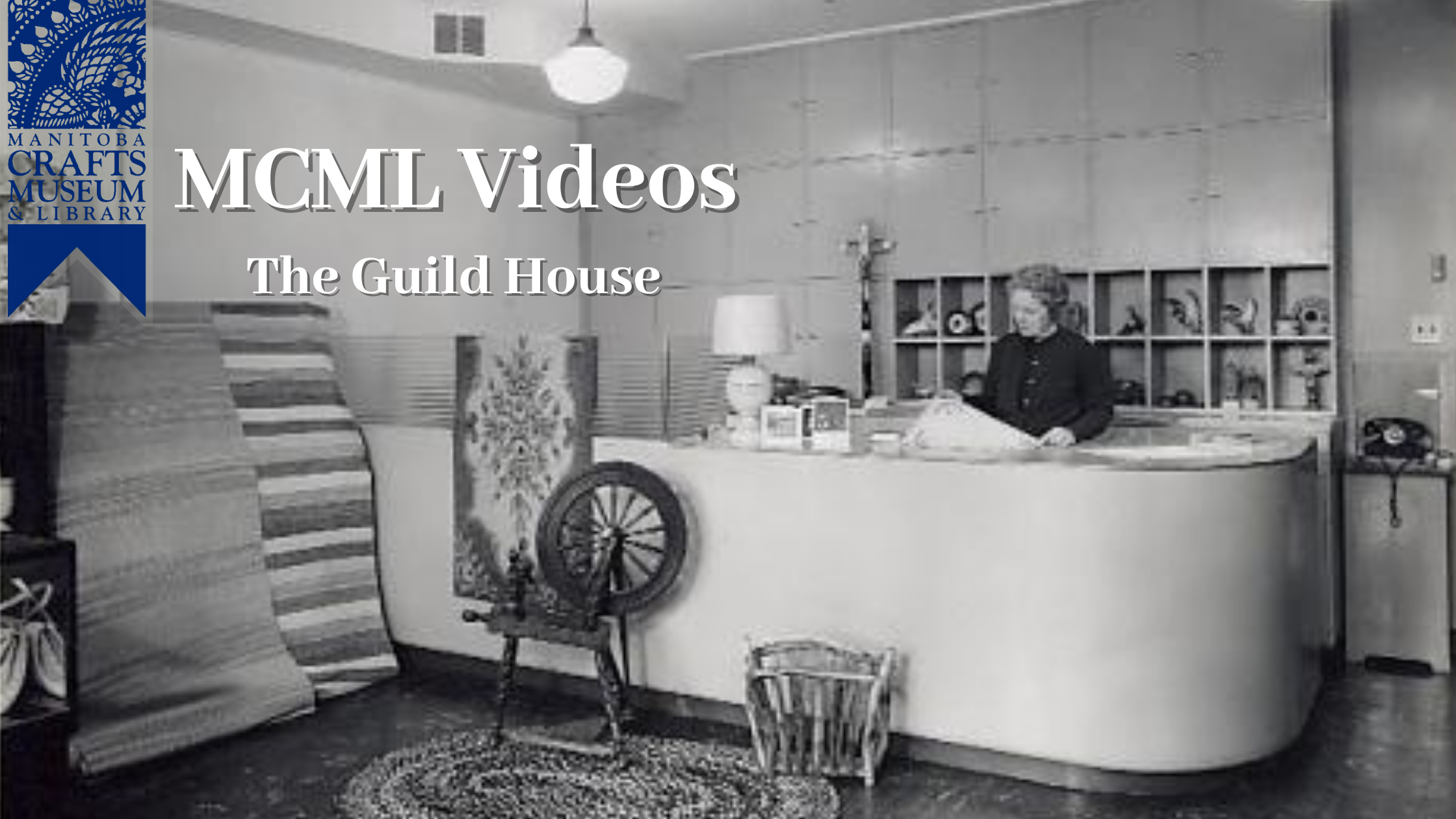 For the first 23 years of its existence the Crafts Guild of Manitoba did not have a permanent home. Members of the Guild often met in community centres, churches, or members’ homes. In 1951 the Guild moved into a new space they called the “Guild House,” located at 183 Kennedy Street. The Guild House became the home for the Guild’s permanent collection, library, and shop until 1997 when the Guild disbanded.