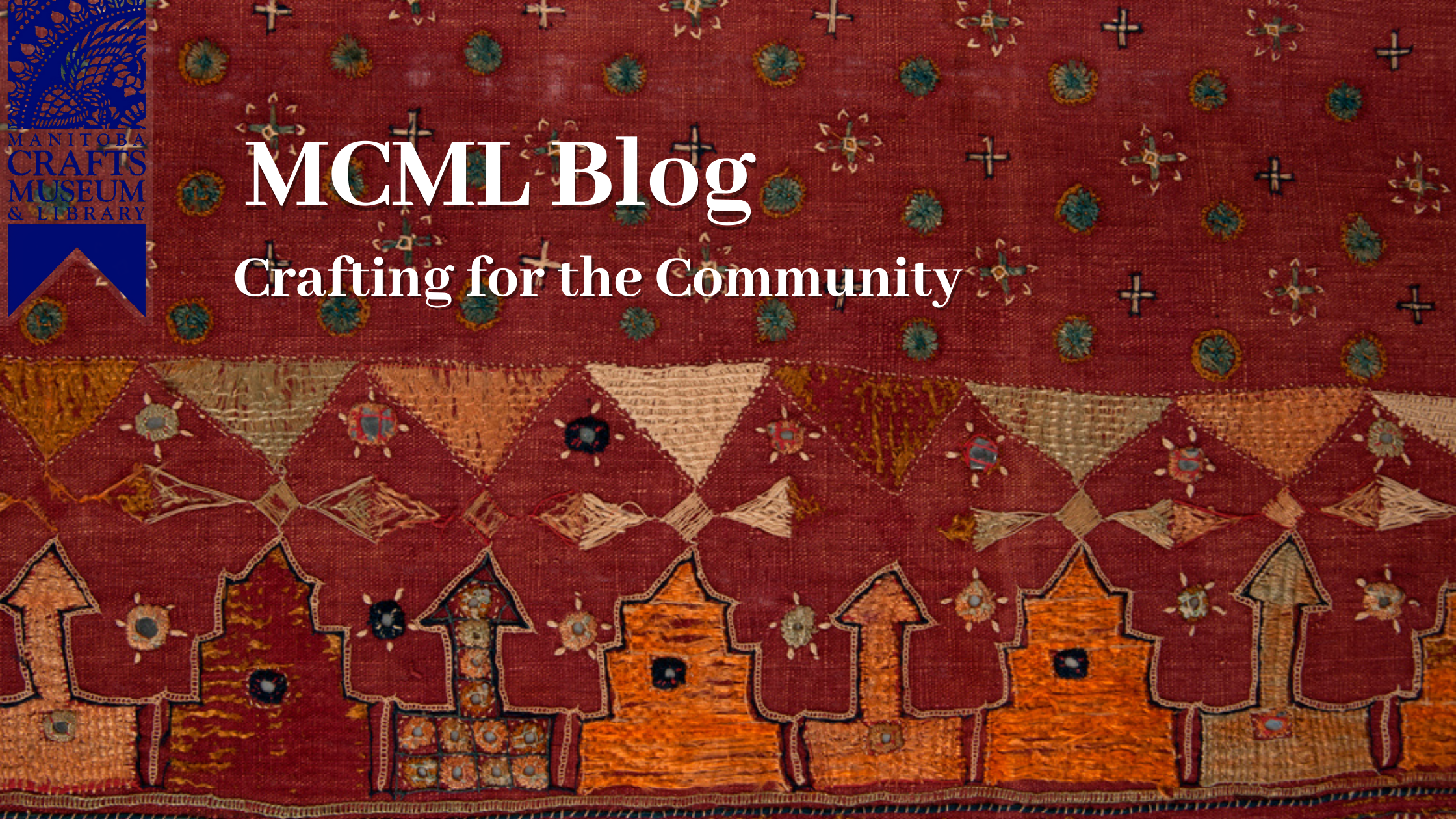 Craft enhances everyday life in many simple and wonderful ways, bringing joy both to the makers and users of craft objects everywhere. It only makes sense that when different cultures come together to share the joy of handmade objects, craft becomes a tool through which a greater level of harmony and peace may be gained! In the early twentieth century, there was a large influx in immigrants coming from Eastern Europe to settle in Canada, however their reception from many Canadians was “not generally positive”. In an attempt to help combat these negative responses, the Crafts Guild of Manitoba hosted their first event in 1928, The New Canadian Folksong and Handicraft Festival, wherein newcomers to Canada would have the opportunity to demonstrate their rich culture and handiwork for all to see. 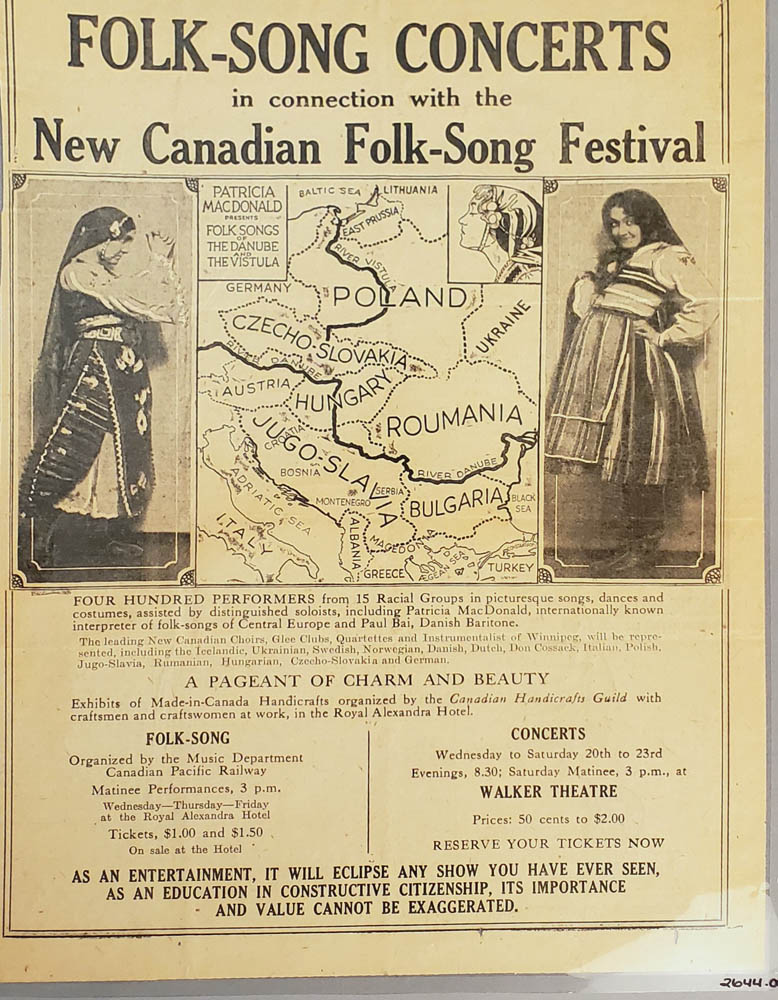 The Manitoba Branch of the National Crafts Guild had established itself earlier that year, in part to help preserve the various crafts that new immigrants were bringing with them from their homelands. The Guild recognized that the diverse knowledge and talent of Canadian newcomers would play a large role in enriching the culture of the province. Being the first of its kind in Manitoba, the festival received a fair amount of press coverage, and in explaining the event to the public the Winnipeg Free Press stated that “The object of the exhibition is to try to stimulate art and craft work among the new Canadians, and make us sharers in what we very much need, their art inheritance, so that they may not lose their European culture. Canada can be greatly enriched by the contribution these, our new citizens, can give. It is a wise move.” 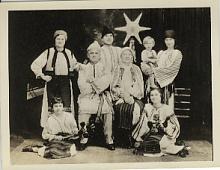 The exhibition was held at the Royal Alexandra Hotel on Higgins Avenue, where many “bewildered” yet interested Winnipeggers delighted in the rich cultural displays. There were booths for fifteen different cultures to exhibit their talent, including those of Mennonite, Jewish, Ukranian, German, Icelandic, Swedish, Polish, Hungarian, Yugo-Slavic and Roumanian heritage. The crafts being demonstrated included an array of pottery, rug hooking, woodwork, leatherwork and metalwork to name a few. The vibrant showcase brought a sense of wonder to participants and observers alike, as it simultaneously helped to bridge “the isolation barrier” between people of diverse cultures, encouraging all people to see that we are all truly more alike than different. Where spoken language was a communication barrier, handicrafts sufficed in communicating much more than words could hope to.

There was also quite an impressive programme of concerts held at the Walker Theatre as part of the festival, where performers shared their traditional folk songs and dances for all to see and appreciate.

The New Canadian Folksong and Handicraft festival was an opportunity for the crafters to network with each other, making valuable connections through which they would continue to share their crafts, and potentially creating a means through which to gain an income. Soon after the event, the Manitoba Guild formed various branches for different cultures to continue to thrive together through their unique crafts, many of which are still practiced in Winnipeg today! 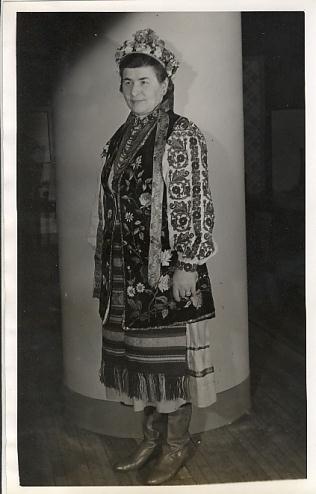 I consider myself to be very lucky to live in a city where so many cultures coexist and continue to practice their traditional crafts. I may have the experience of travelling the world, so to speak, simply by taking my choice of what restaurant to dine at, as our restaurant scene rests upon a foundation of cultures from all over the map. Winnipeggers also have the opportunity to witness dances, music and craft from all over the world at the annual Folklorama festival in the summertime.

In comparing the ways that the city has changed since the Handicraft Festival in 1928, it is plain to see that not much has truly changed in some aspects. Many people continue to arrive in Winnipeg from all over the world, and unfortunately, there are still individuals who hold prejudices against cultures that are not their own. I hope that we may continue to keep in mind the values that the New Canadian Folk Song and Handicraft Festival was grounded upon, so that all people may be welcomed with open arms into the communities of Winnipeg, and that we all might recognize the importance of engaging with the cultures of others.

The MCML had a retrospective of the festival in 2018, entitled Coalescence: Craft, Canadians and Culture, to mark the passage of 90 years since the original celebration took place. The exhibition included work from the 1928 event, as well as from more recent newcomers.  Artwork was included by four artists from India, Mali, Nigeria and El Salvador, resulting in a homage that bridged the past and present through the sharing of culture and craft. Education is key to understanding, and perhaps by continuing to learn about the cultures of others, we may all find ourselves living in a more peaceful world that is home to less conflict and more craft!