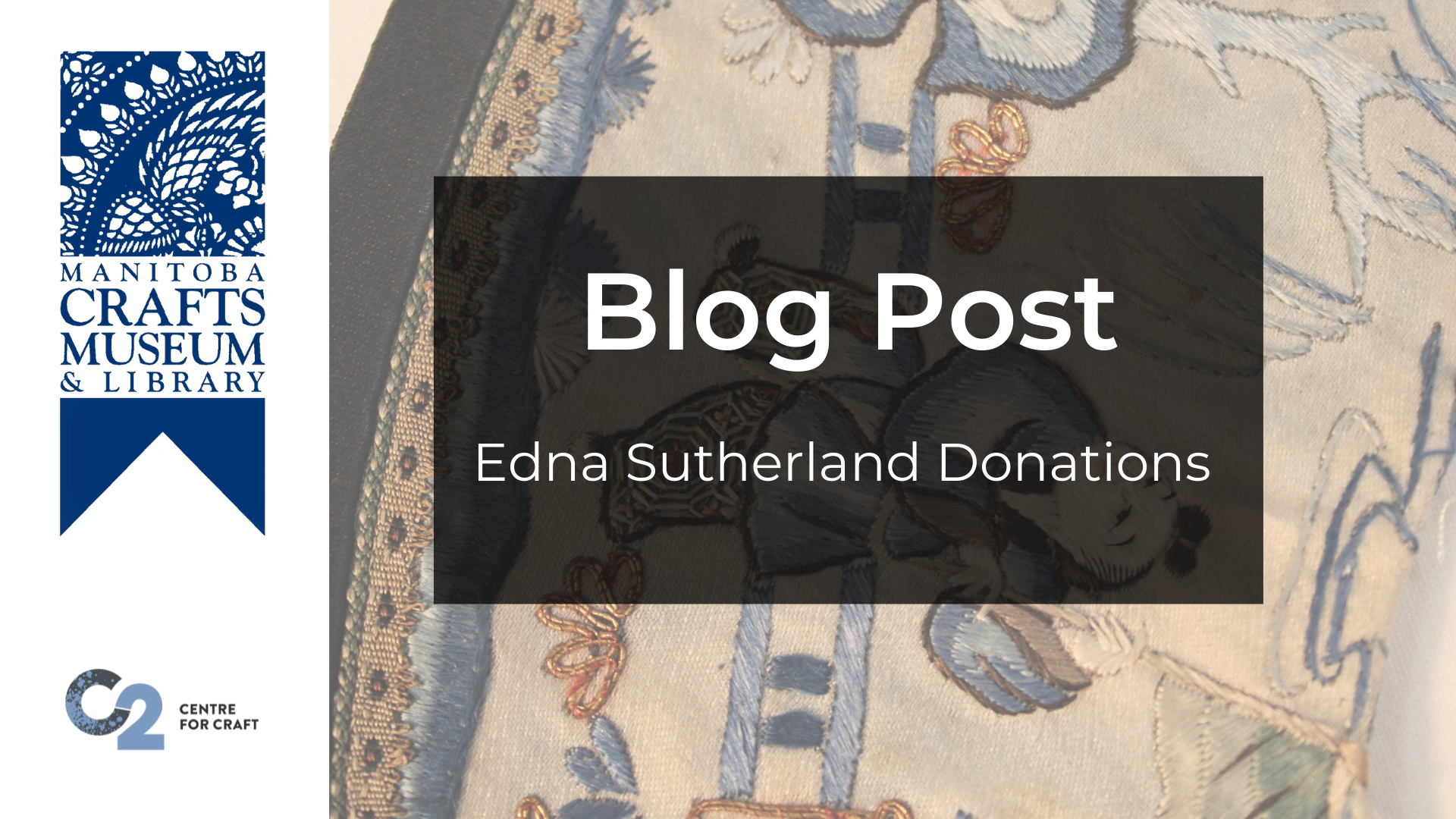 Edna Sutherland was one of MCML’s first donors in the 1930s. Museum documentation from that time period was much less robust than now, so unfortunately we do not have much information about Miss Sutherland. But what we do know based off of her donations, is that she had great taste and that the majority of the pieces that she donated were acquired from China.

One of the pieces that was donated include a purple dragon robe that was likely worn by a 4th ranking imperial prince of the Qing dynasty (1636-1912). This purple coat has intricate goldwork embroidery, with many motifs that indicate the symbolism behind the piece. The fact that Miss Edna was able to obtain what is likely a coat from a prince in the Qing dynasty is curious. 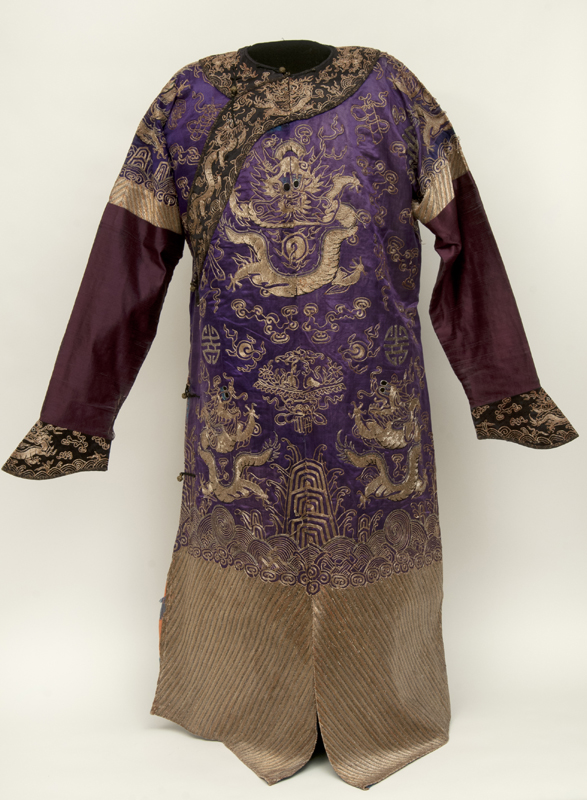 In addition to the coat, there are other beautifully crafted pieces that Edna acquired such as this collar and embroidered embellishment. These pieces were likely taken off of a short robe. Considering the quality of the embroidery is on these pieces, we suspect that it may have belonged to another member of the Qing dynasty, such as an Empress. 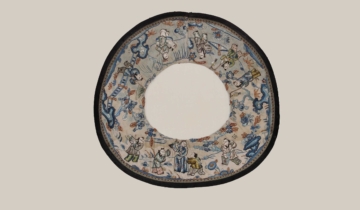 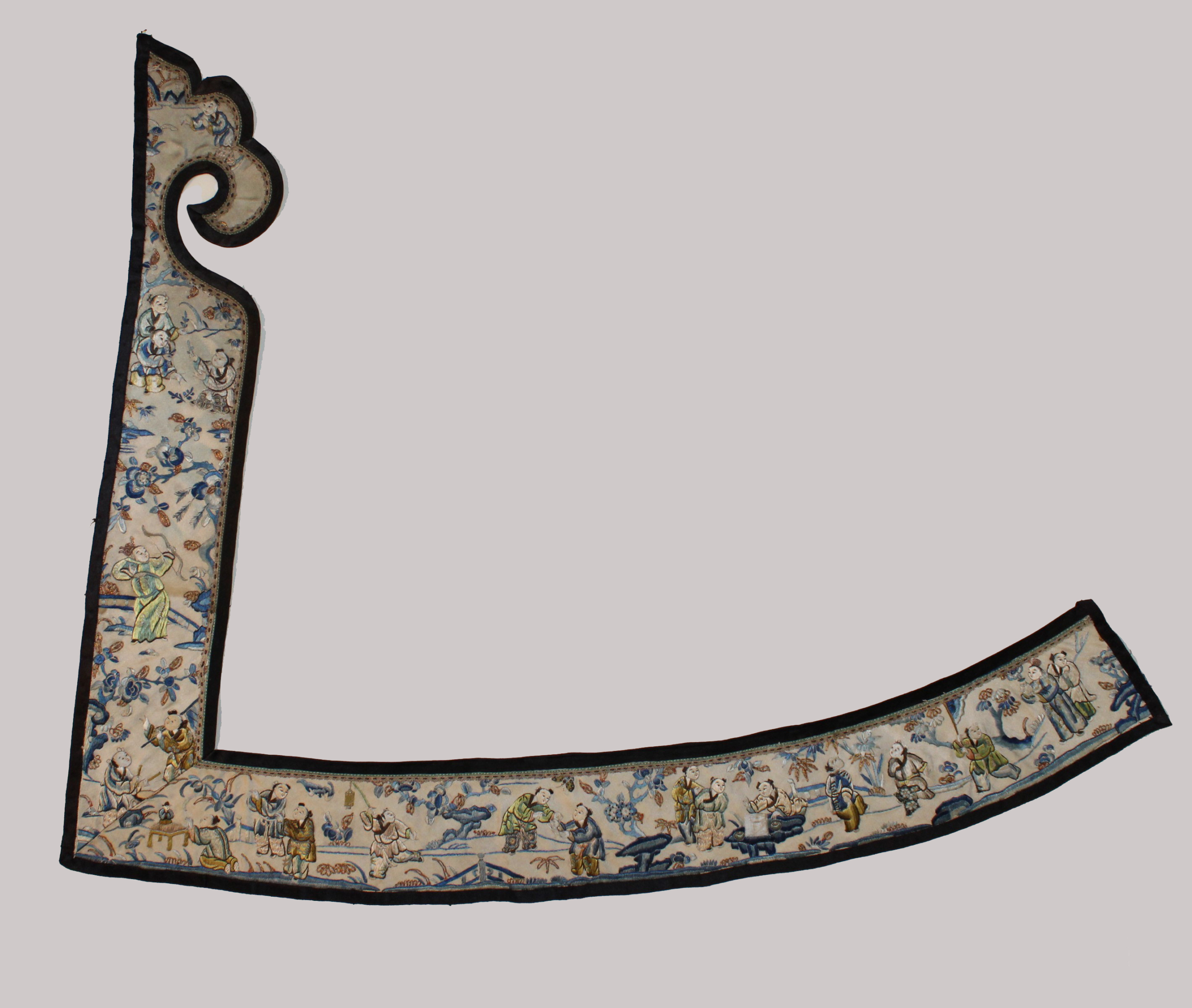 Edna has donated many pieces of history, but this one in particular is surreal. These are known as lotus shoes. These shoes are very small, around 5.5” in length. Despite their small size, these are not children’s shoes. They were actually worn by women who had bound feet. This body modification was very commonly practiced in China for hundreds of years. Foot binding for women were seen as a rite of passage and a symbol of prestige and wealth. Not only this, it also ensured a girl’s marriageability. Foot binding was ultimately banned in 1912, but in some regions this practice didn’t really stop until around 1959. 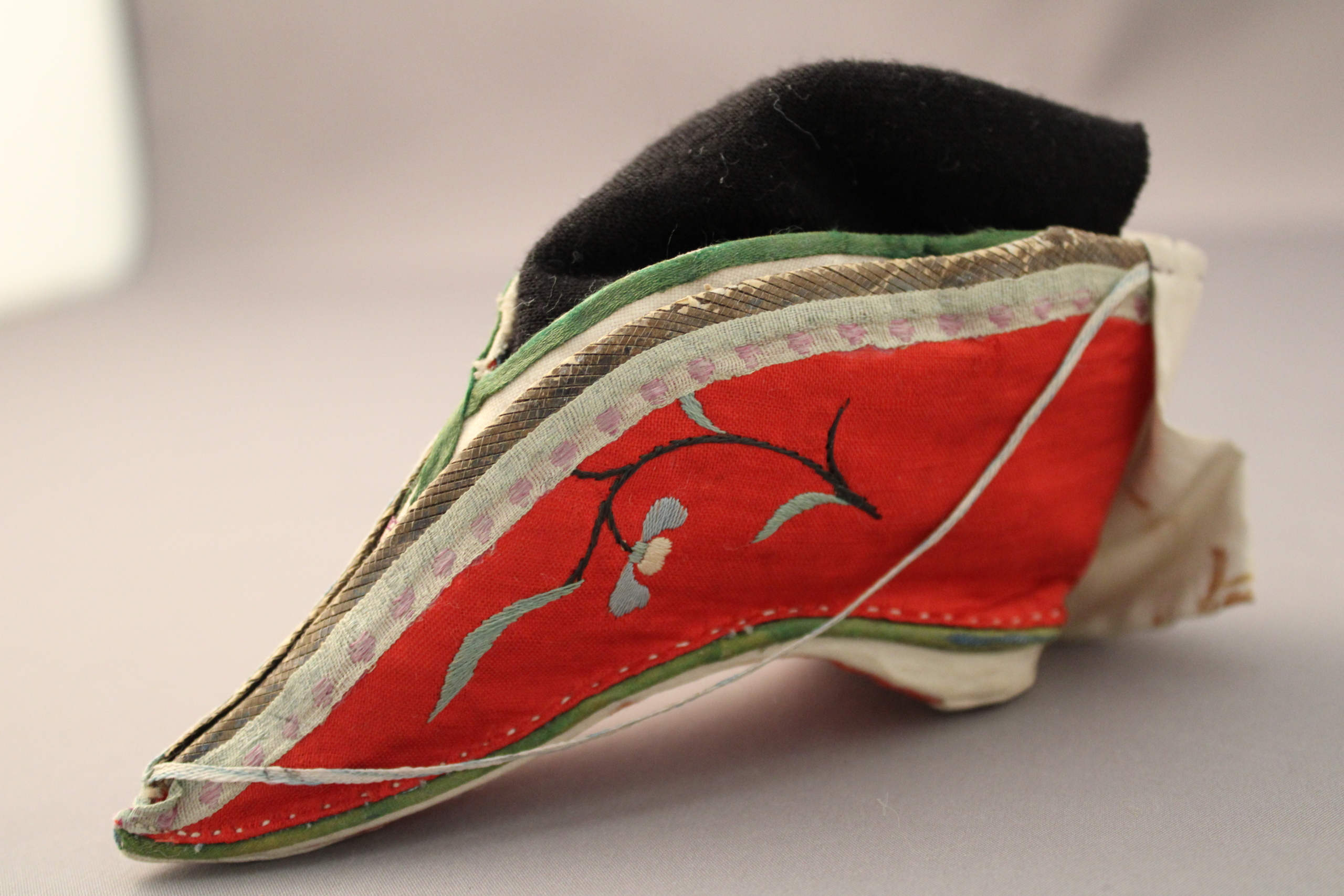 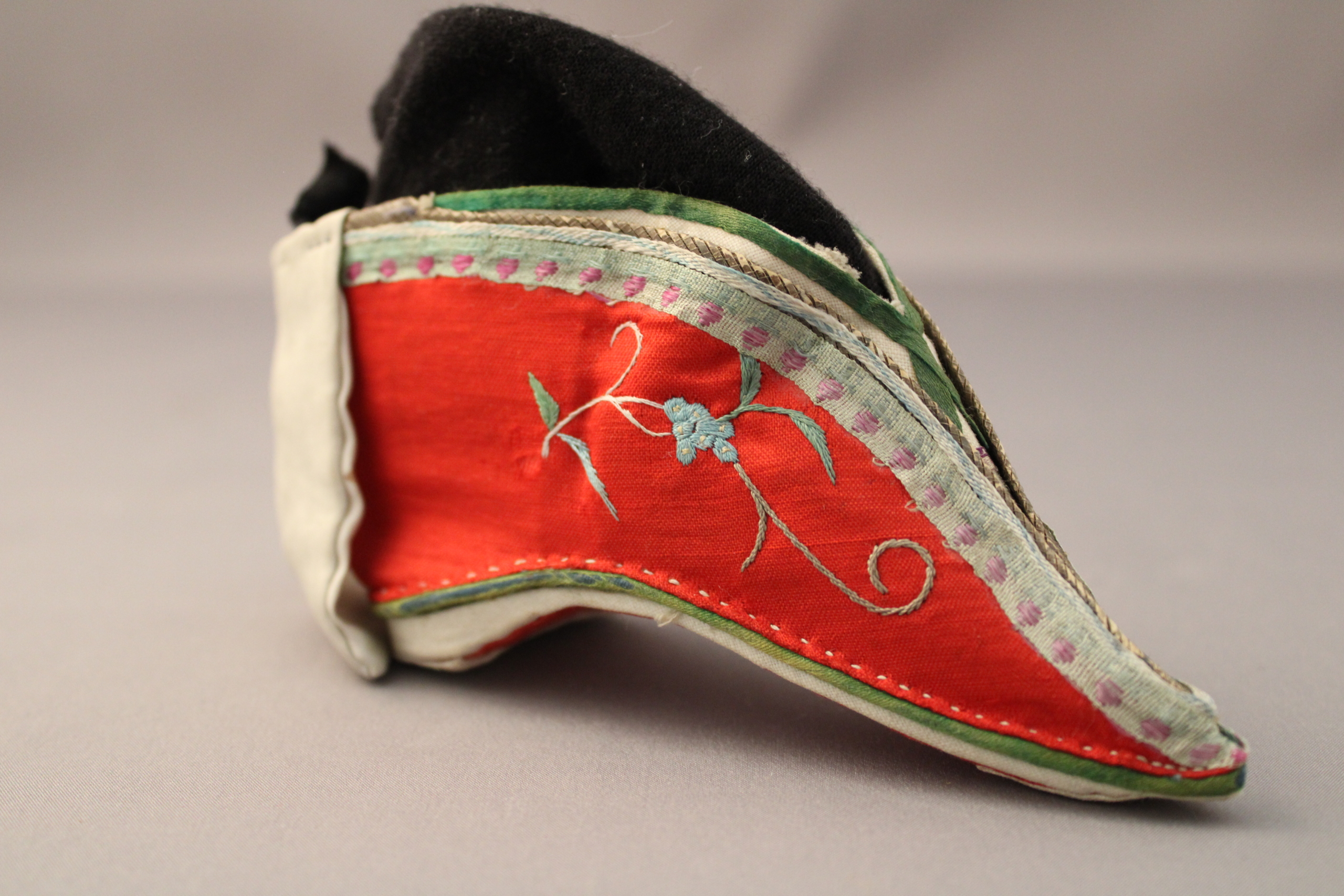 Funding for this blog post was provided in part by the Heritage Grants Program (Province of Manitoba) and the Young Canada Works Program (Government of Manitoba).