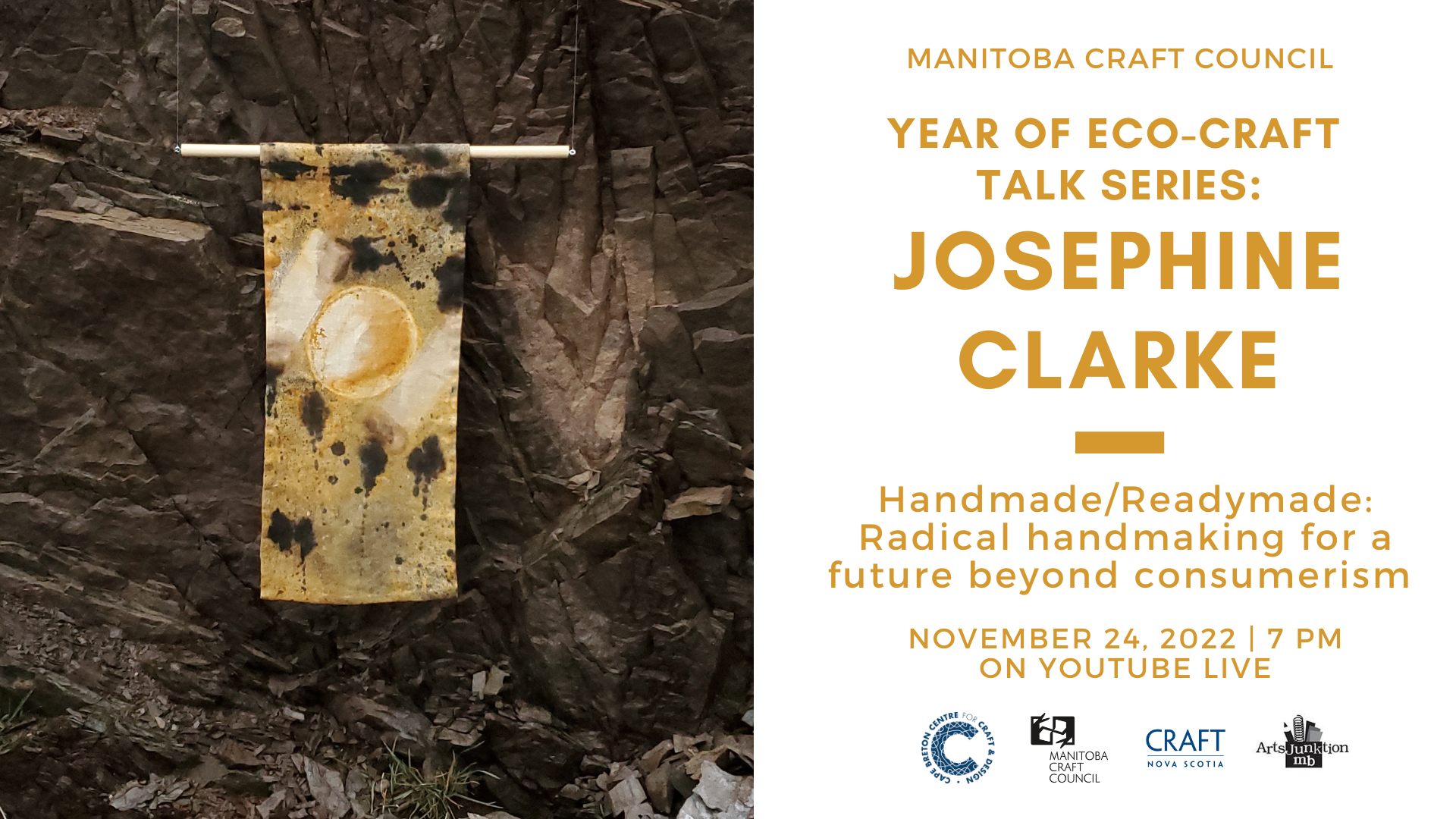 The Manitoba Craft Council is excited to announce the final artist in our Eco-Craft Talk series, Josephine Clarke! In Handmade/Readymade: Radical handmaking for a future beyond consumerism, Clarke will discuss her artistic practice and how repurposing can transition culture away from consumption and what role artisans will play in our future. This talk is presented in partnership with Craft Nova Scotia, the Cape Breton Centre for Craft and Design, and Artsjunktion MB.

Josephine Clarke is a multidisciplinary artist practicing in West Arichat, Nova Scotia, Canada. Her practice addresses themes of deindustrialization, labour, and environmental stewardship.She primarily works with textiles,salvage, sculpture and installation. Land based activities that once influenced her rural upbringing now inform her practice. Her childhood was influenced by everyday acts of making and relating to the land. Being around people who hunted and fished, sewed, repaired and built things gave her practice a tactile and make-do nature.

Josephine makes use of things that often go overlooked. Through the use of natural dyes and pigments that she grows and forages, there is a deliberate connection to the land. Through the use of found objects from the ocean shores, she aims to communicate a sense of conflict.

After earning her Bachelor of Design at Kwantlen Polytechnic University, she completed artist’s residencies with the Cape Breton Centre for Craft and Design, and ArtsUnite Canada, and the Joggins Fossil Cliffs Institute. She has exhibited her work at culture events in Atlantic Canada, such as Lumiere Art at Night Festival, and Third Shift Art at night Festival. Her works have been shown by arts organizations such as The New Brunswick Craft Council, and Visual Arts Nova Scotia.