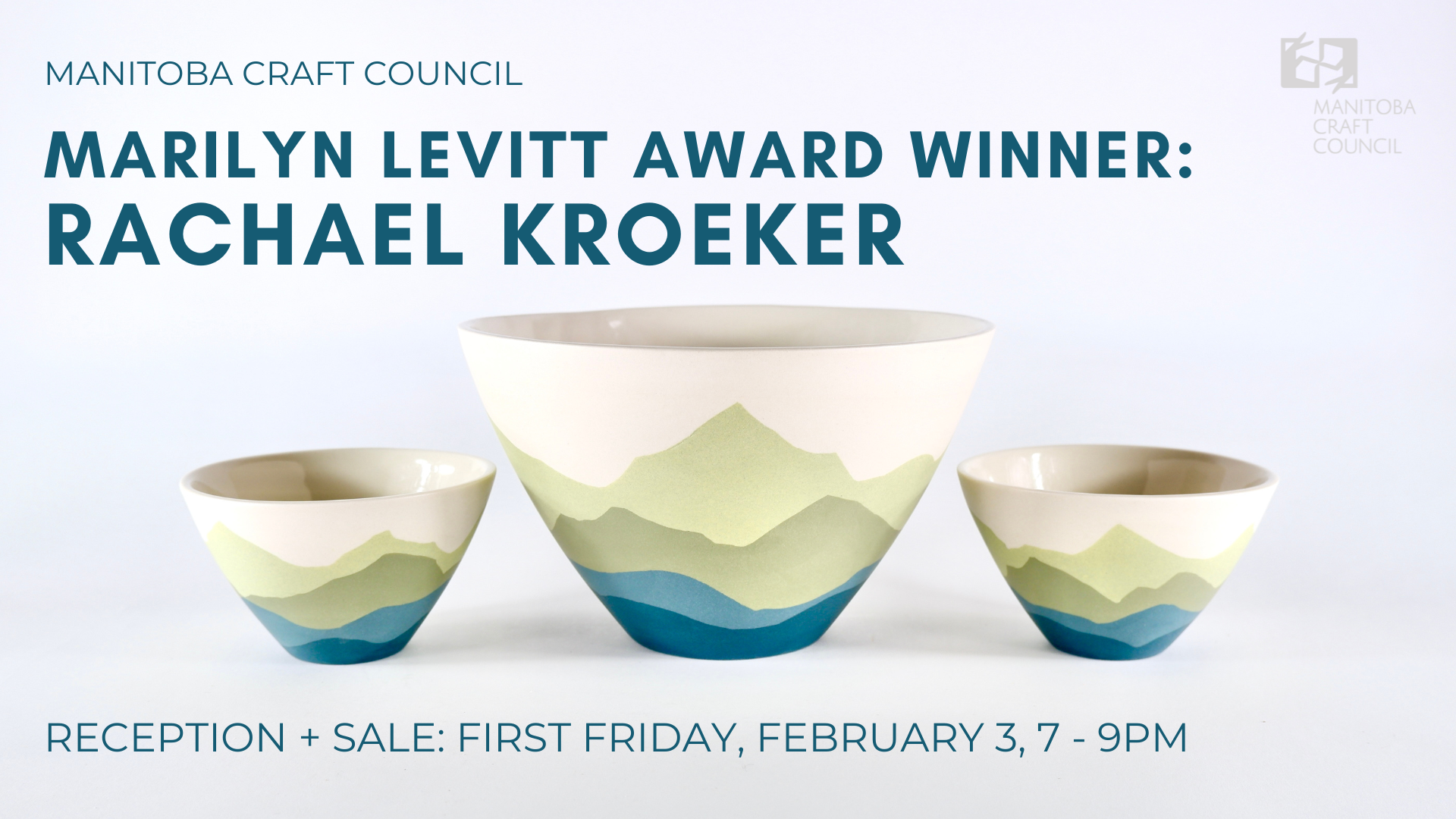 Nominator Grace Nickel writes: “Over time Rachael has continued to experiment with form and surface, refining her process, adding an expanded colour palette to her casting slip repertoire and adding transfer prints and other forms of embellishment to her vocabulary. It is the clay marbling technique that she is best known for. The vitality and fluidity that Rachael achieves through the swirling and layering of coloured slips in her plaster moulds is mesmerizing, as she skillfully arrests the movement of the liquid clay at its most dramatic moment, forever freezing it in time through the irreversible process of quartz inversion in the kiln.”

Join us for a reception celebrating Rachael as well as this year’s Bursary Award winners at the C2 Centre for Craft on Friday, February 3rd from 7-9 pm. The C2 Shop will feature an expanded selection of Rachael’s functional ceramics that evening, so you can celebrate and support her through a purchase of her work!